Unfortunately, many drivers are reckless on the road. Some drivers frequently and erratically change lanes, sometimes without even using their signals. In many instances, the lane-changing driver speeds as well. This can easily lead to an accident. Highways that have higher speed limits are the most common places where frequent lane switching takes place. When an accident ensues, and someone gets injured and suffers damages, determining who is at fault can be complex due to the various elements at play. There are certain things to know about this type of accident and how to determine who is at fault – and therefore, liable.

The fault for any kind of car accident is directly connected to either negligence on the part of a driver or to the violation of motor vehicle statutes. If an accident occurred because a driver was erratically changing lanes, there are four key elements that must be in place to prove fault. They include the following:

Another key point in a plaintiff proving the other driver’s liability is to look toward the way that person drove. If they drove illegally, they were at fault for the accident. Generally, most states have laws regarding lane changing that typically require 1) a driver only change lanes when it is safe to do so, 2) a driver to use his turn signal when changing lanes, and 3) a driver give a full car’s length of space between the car in front and behind him when changing lanes.

If the driver was not charged with a crime at the time of the accident, it’s still possible to use violation of the road rules in a civil case.

Proving liability in an accident caused by frequent and erratic lane changing can be tricky, even if it’s obvious to the injured party. It’s important to take photos of the scene, gather witnesses to present their accounts, and have police reports handy to prove the other driver is liable because they illegally or negligently changed lanes. In some cases, if the plaintiff was speeding or swerving, they may even be found partially responsible for the accident.

An experienced personal injury attorney can help you recover funds to compensate you for your losses. Common losses suffered in the aftermath of a car accident include:

In any case, it’s imperative to have an experienced attorney on your side to give you assistance if you’ve been involved in a lane-changing car accident. Your personal injury lawyer has the knowledge and experience to get you all the compensation you deserve. 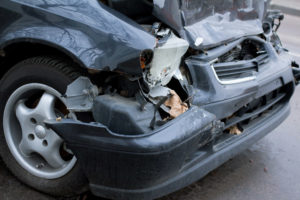 Compensation after a Car Accident: How Much Should You Expect? Part 2