These days, it is difficult to look anywhere and not see self-driving vehicles making headlines. The popularity of the vehicles has only increased in recent years as the reality of self-driving cars operating on the road has become more than a possibility but an actual eventuality. As companies like Google, Uber, Lyft, Tesla, Ford, and Mercedes-Benz all enter the fray to provide the first commercially available fully autonomous vehicle, the hype surrounding the cars steadily increases. Though not everyone is such fan of the prospect of cars driving themselves, despite the many advantages inherent to self-driving cars.

The Upstate Transportation Association, an advocate group acting on the behalf of professional drivers throughout the state, has asked New York legislators to place a ban on all self-driving vehicles as a means to protect the thousands of transportation jobs that may be lost because of driverless cars. The ban would prohibit the commercial use of the vehicles for 50 years, essentially halting the plans of companies like Uber and Lyft, who have said the advancements in technology will be used to create an automated fleet of on-demand cars. The president of the organization, John Tomassi, voiced concerns that the amount of jobs that will potentially be created by the new technology will easily be overshadowed by the amount of jobs lost. His valid fear that the local economy may take a hit as drivers are replaced does carry some weight to it. Though the same situation came before with the automation of factories across country and states, workers, and companies all found ways to adjust to progress.

The advocate group represents 45,000 people across a state with more than 19 million residing within its borders, 8 million of those individuals within New York City alone. Essentially the organization is asking that legislators completely halt progress on an advancing technology set to improve the lives of all the residents of New York in favor of protecting the potential security for less than one percent of its total populace.

Autonomous Vehicles are Advantageous for Everyone, Not Simply the Companies Who Own Them

Self-driving cars have been reported to reduce the number of accidents by nearly 90%, which can help stem the thousands of lives lost to auto accident annually within the country. The cars also are predicted to reduce traffic, the need for vast amounts of parking spaces, as well help shift America towards are more environmentally friendly transportation system.

The final say on the future of self-driving cars lies solely on the state’s government but as the past has shown, states that are unwilling to accept the advancements are left behind.

Head On Collisions and Accidents

What is an Injury Demand Letter? 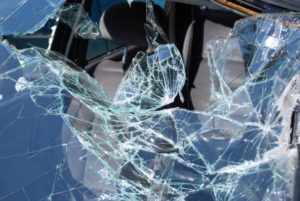 How to Get Compensated for Property Damaged After a Car Crash, Part Two – From a Los Angeles Car Accident Lawyer Resource