For some people, being the victim of a car accident is such a traumatizing experience, they just want it all behind them. They aren’t interested in pursuing compensation, and they’re eager to just deal with the challenges they encounter along the way. For some, they’re trying to be nice and not cause the other driver any problems. For others, they don’t think they could really get anything out of the case, so they figure they should just let it go.

Perhaps you’ve recently been in a car accident, and you’ve found yourself feeling the same way. The problem is that car accident victims are rarely fully aware of the financial loss they’ll experience in the months and years after a car accident has occurred. It’s possible that you’re only considering the immediate consequences, and you’re not really thinking about the problems you might encounter down the road.

The financial loss from lost wages after a car accident begins to add up pretty quickly. You may end up having to take a few weeks of work to recover from your injuries, you or might have to take off a few months because you needed major surgery. Perhaps you’ll find that you had medical problems that weren’t detected immediately after the accident, but that were most certainly caused because of it. You may need additional time off from work to get treatment for those, and before long, you’ve lost thousands of dollars in wages.

Some medical problems show up immediately following a car accident, while others don’t show up for months or even years. Back injuries are an excellent example of this. Perhaps after your accident took place, you were feeling a little soreness in your back; but it wasn’t serious. However, a few months later, you bent over to pick up something off the floor and you slipped a disc. If you choose not to pursue getting compensated, you could end up with a mountain of future medical bills.

Just as a car accident can result in lost wages, it can also result in a loss in your ability to earn more money in the future. For example, let’s say you have been hoping to get a promotion at work, but that promotion would require you to do a job that was more physical than the one you currently have. Suddenly, your capacity to do physical work has been affected, and the car accident has left you ineligible for the promotion. This would be considered loss of earning capacity.

Perhaps you can see how important it is to talk with an attorney after you’ve been in an accident after reading a little about the consequences of  financial loss you could face. Seeking compensation is not a bad thing. As a victim, you are entitled to compensation, and an attorney will fight hard for you to make sure you receive it. You may want to be nice about what happened, but in the end, you may regret that decision if you choose not to talk with an attorney.

I was Hit by a Car While Walking. What do I do? Advice from a New York Pedestrian Accident Lawyer 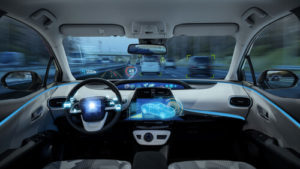 What Happens When a Self-Driving Car Causes a Fatality?

The Most Common Types of Car Accidents