Technology is always improving and evolving. Self-driving cars are a prime example of how far technology has come. The algorithms behind automated vehicles are becoming more advanced; however, these vehicles are still involved in accidents. These accidents force society to admit that there is serious uncertainty concerning this technology.

Recently, a man was in his Tesla with the car in autopilot mode when the car failed to detect a truck crossing his path and collided with it. The Tesla ended up between the wheels of the trailer, and the driver was killed instantly as the car’s roof was torn off.

Liability in a Self-Driving Car Accident

The National Highways Traffic Safety Administration (NHTSA) issued a report saying that Tesla was not responsible for the crash. Instead, they concluded that the driver was at fault for not understanding the boundaries of the technology. The National Transport Safety Board (NTSB) got involved in the investigation as well.

The NTSB tried to focus their findings on how to make sure this doesn’t happen again. They composed a lengthy report based on interviews, weather reports, blood tests, and an autopsy of the Tesla autopilot system. The NTSB also had a detailed medical report on its findings that supported the NHTSA decision that the accident would not have occurred if the driver was controlling the vehicle.

There is a strong belief that a human driver would have been able to swerve or brake to avoid the accident. According to Tesla, the driver never applied the brakes. The driver only touched the wheel every few minutes when the car would give out warnings. No one can say why the driver trusted the flawed autopilot system with his life but scientists are working to improve Tesla’s deep learning system.

The Safety of Self-Driving Vehicles

In the minds of many people, self-driving cars will never be completely safe. The more self-driving accidents occur, the line between human error and technological failure will blur. The regulation of these self-driving cars may eventually come down to a court decision rather than from the government. The governance must improve, or the next unfortunate crash will damage the entire automotive industry, as a vast majority of car makers continue to implement self-driving technology.

Self-driving car accidents are most dangerous as they are completely out of your control. The injuries can be life-threatening or even fatal in the most critical instances. Be sure to have a dedicated car accident attorney by your side who can make you aware of legal options. Contact Car Accident Cases to get in touch with a local car accident attorney today! 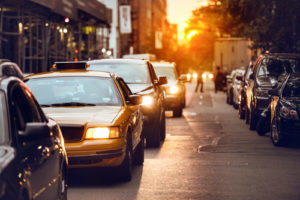 Top 5 Tips for Driving in NYC

Accidents with Animals on the Road