New York is falling behind when it comes to embracing the latest in technology due to needless red tape and outdated legislation preventing self-driving cars from being tested in the city. Part of the problem is a law passed in 1971, which requires that drivers keep at least one hand on the steering wheel when a motor vehicle is moving. While such a rule makes sense for regular cars, it isn’t needed for driverless vehicles and was passed at a time when driverless cars were something you would see only in a futuristic sci-fi movie.

Other cities around the nation, such as Denver, Austin and Pittsburgh, have already gotten ahead of New York and tested driverless cars. If the law isn’t changed or an exception created soon, the city of 8 million people and 2 million registered vehicles will keep missing out on opportunities to test driverless cars on its streets in a perfectly safe and controlled manner.

Various companies have already shown that self-driving cars can be safely operated in an urban environment. In September 2016, Uber tried out autonomous Ford Fusions in Pittsburgh. For safety and regulatory reasons, the vehicles always came with a driver ready to take manual control at all times.

Authorities responsible for transportation in New York have asked for comprehensive regulation to be put in place before autonomous vehicles can begin test runs. They have pointed out that the street system in New York is a lot more complex when compared to other cities in North America. Some local government figures worry about the impact that autonomous vehicles could have on the city’s congestion. If fully autonomous cars that don’t require any human interaction to operate become available, there is a possibility of having “ghost vehicles” wandering aimlessly through the city if their owners want to avoid paying for parking.

Another potential source of opposition to autonomous vehicles is the city’s taxi drivers and other workers whose job is centered around driving a vehicle, such as delivery van, shuttle bus and limo drivers. They worry about the impact that these vehicles would have on their jobs.

Some in the industry believe that compromises can be reached that would finally bring autonomous vehicle testing to New York. Proposed ideas have included limiting the number of permits issued for self-driving cars, restricting their operation to certain areas or times of the day so that potential safety risks are reduced and requiring that the vehicles being tested have a system allowing a human to immediately retake manual control if needed. If you believe another driver’s negligence has caused you injury or harm, contact us at Car Accident Cases to see if you are eligible for a claim.

Top Traffic Circumstances That Lead to Accidents in NY 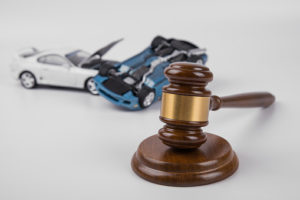 Keeping on Top of Your Car Accident Case

What You Should Know About Car Accident Compensation Claims, Part 2

Who Should You Talk to after a Car Accident?