If you’ve been in a car accident, you want to be sure you don’t make any mistakes on your car accident claim. Mistakes can be costly, and you can end up receiving much less money than you would have originally received. Here are three ways you can avoid these expensive mistakes.

Even if you don’t contact the insurance company yourself, don’t be surprised if they try to contact you. Their goal is to get to you before you get any type of legal advice or guidance, and they may ask you to sign something that prevents you from collecting compensation later on in your case. Remember, claims adjusters have been through situations like yours many times before, so they have a unique and excellent understanding of the law. They want to save their company as much money as possible, which often means that they’ll offer victims of car accidents settlements that might sound good on the surface, but they’re really not. If you’re contacted, don’t talk with them, and don’t sign anything.

Don’t Forget to Document Everything

It’s understandable that you’re going to be in a state of shock after you’re in a car accident. Most people are. However, it’s vital for you to remember to document everything that happened yourself. You will get a police report, of course, and it’s easy to get copies of your report at the police station. However, there are many things you might want to write down that you won’t find in one of their reports. You should take note of the traffic and weather conditions, and you should also write down the names and phone numbers of any witnesses that saw what happened. Make sure you also take pictures of the damage on your car, as well as the other driver’s car.

Don’t Take on the Case Yourself

Too many people think that minor car accidents are cut and dry cases. They might not have gotten severely injured, or the damage seemed relatively small at the time. They may even think they deserve to be compensated, but they don’t want to pay an attorney to do it. Unfortunately, most if not all of those people wish they had hired an attorney from the very beginning. An attorney knows how to deal with claims adjusters, and they know the “tricks of the trade.” A claims adjuster will quickly understand that he or she shouldn’t try to offer an insulting amount because it will just be rejected. If you take on the case yourself, you run the risk of settling your car accident claim for a very low amount that won’t cover your expenses or your damages.

Hiring an attorney right after you’re in a car accident is the smartest move you can make. A qualified attorney who has handled car accident cases before will know just how you should proceed and what needs to be done to get you the money you need. He or she will also handle everything much more quickly than you can. If you hire an attorney, you won’t have to worry about these or any other costly mistakes on your car accident claim. 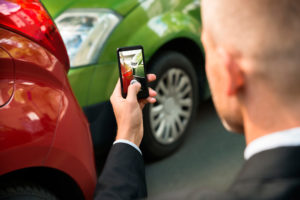 Your Car Accident Case: How Important are Witnesses?

What if You Were a Passenger in a Car Accident?