Self-driving vehicles for services like Uber are on the rise. Uber’s self-driving Volvo XC90 is already picking up passengers in California and Arizona. Unfortunately, recent events have shown these cars may not be as reliable as most people believed. It was only recently that an Uber XC90 was involved in a collision in Tempe, Arizona. Uber responded to the crash by suspending all tests of self-driving vehicles in Arizona, California, and Pittsburgh.

Uber was not at fault for the collision. According to Josie Montenegro, a Tempe Police Department spokeswoman, the accident was caused when another driver failed to yield. The negligent driver struck Uber’s vehicle, pushing the self-driving vehicle so hard that it rolled onto its side. Although the XC90 had a person in the driver’s seat, it was still operating in self-driving mode. The other vehicle also had one individual in the driver’s seat with no other passengers. Neither driver sustained any serious injuries.

Even though Uber wasn’t at fault in the accident, this still raises a few problems for the company. Uber has tried to persuade cities to allow public testing of their autonomous vehicles while going up against General Motors and Ford who were already legally registered to do so. After successful introduction in Pittsburgh with the autonomous vehicle program, Uber also began testing in San Francisco without the necessary permits. A crash in San Francisco after the non-permitted testing only served to increase the difficulty Uber faced in regards to getting public testing for their vehicles

Uber and other car companies trying to implement self-driving technology are faced with a challenging task. These vehicles have to account for the error of human drivers while adhering to the rules of the road. Self-driving vehicles might also make determining who is at fault after a car accident more complicated. As technology advances, you also need to stay up to date with all the legal issues that are involved in car accidents. If you’ve experienced injury or damages from a car accident, submit a case to get free legal consultation. 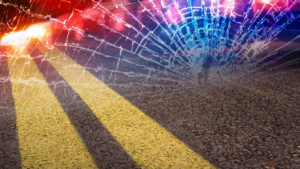 When your chest hurts after a car accident 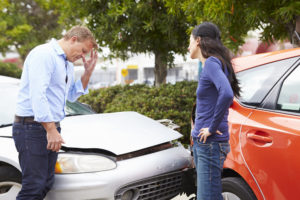 What to do 1st after a car accident